A trip to Big Banyan tree and Mandargiri hills

A trip to Big Banyan tree and Mandargiri hills 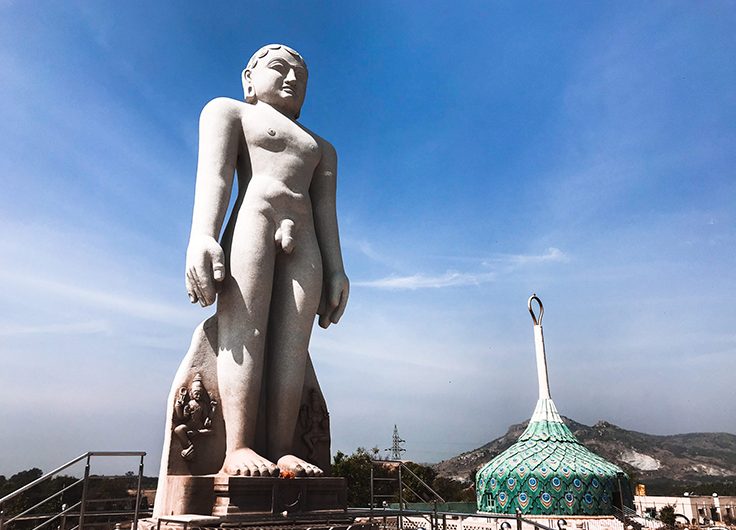 There are so many places one can visit away from Bangalore on a day trip. Be it a bike ride or a car drive, you can forget about the traffic woos once you hit the highways and make an early start to the day. I had heard about the Dodda Allada Mara or the Big Banyan tree and never had a chance to visit it. So on this trip I combined this along with a visit to Mandargiri hills.

Ideally if you are on the way to Mysore, the Big Banyan tree is just a small deviation from Mysore road. The combination of my trip took me from Mysore road to Tumkur road which is not so ideal, but nevertheless I had no other agenda and had an entire day to spare.

From where I stay – JP Nagar, we followed the google maps to reach the Big Banyan tree. Our journey started around 8am in the morning and the distance was approximately 27kms which took us roughly around 50 minutes, given that we had to navigate through inside roads which were narrow. On reaching the place we realized there were not too many options for having breakfast, and landed up eating some dosa’s (very average taste and price) at a local eatery nearby. I would recommend you to eat before arriving at this place, due to lack of options.

The Big Banyan tree is truly magnificent to look at. It is approximately 400 years old and said to be amongst the 4 biggest banyan trees in India. (The other three are in Andhra Pradesh, Kolkata and Chennai.) The main tree’s circumference is around 250m and the highest branch rises to over 95 feet, with the aerial roots from branches spread across 3 acres. The main trunk of the Big Banyan Tree died due to some disease a couple of years back, and now lives on through the aerial roots and branches.

In India we revere this tree not just for the shade that it provides and longevity (Banyan trees are known for their long life) but also because people associate this with a happy marital life. You would get this symbolism by just taking a walk under the vast canopy of this tree. After having spent a few minutes here soaking in this atmosphere, we hopped back into the car for the next leg of our journey.

From the Big Banyan tree Mandargiri hills was at a distance of approx 60 kms away and took nearly an hour and half to reach. The travel took us through inside roads to exit the Kethohalli village, till we hit upto the Tumkur highway, which makes for a better and faster drive to reach this place. It was almost 11.30am when we parked our vehicle near the gates of the Jain temple.

It was the month of November and the sun didn’t really show respite to the oncoming winter months. After taking off our shoes at the entrance we entered this place which had the statue of Chandranatha Tirthankara, which was installed recently in 2011. After a quick walk around the statue, we visited the dome shaped peacock shrine, very unique and said to be the first of its kind in Jain history. This Guru mandir is dedicated to the Digambara Jain ascetic Sri Shantinsagarji Maharaj.

Next to these temples is the Mandargiri hillock containing 4 ancient Jain temples dating to the 12th and 14th century. The climb up this hillock is about 450 steps easily accessible, and takes about 15-20 mins. to get to the top. We had to take the keys to the temple above by the gatekeeper at the base, since there is no active worship or temple guardians on the top. Armed with an umbrella to beat the mid-day heat, we reached the top to take in sights of the neighbouring villages below. The temple itself was fairly well maintained. We were the only visitors at that point and took our time to look inside and explore this place.  While 3 of the shrines had the marble statues of the Jain Tirthankaras inside them, the 4th shrine did not. We found a broken statue by the window of the 4th shrine. Vandalism perhaps?

After locking up the temple complex we went around the back to find a beautiful lake below. We did not climb down, but explored the backyard for some time. If it wasn’t for the heat of the day, it would have made a good picnic spot.

We left the place around 1.45pm, hungry and in search of food back on the Tumkur highway. We found a great Punjabi Dhaba beside the main road and immediately took to ordering some stuffed parathas and side dishes. After a scrumptious lunch we made our way back to the city and were home by 4.30pm.